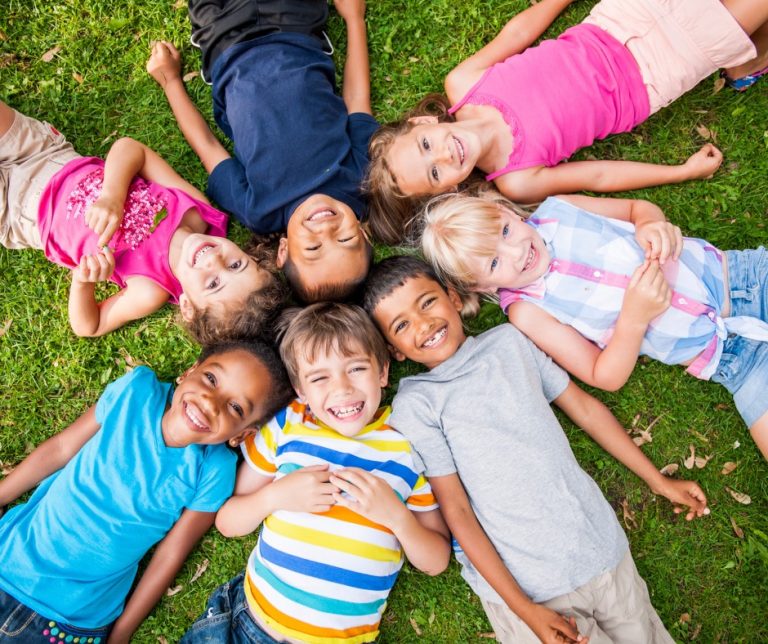 When your little one’s next birthday or special event is around the corner, why not make it even more enjoyable for them by booking a bounce house? Not only will it be a great way to keep the children entertained, but also you can arrange fun games for them to do within the bounce house. With these exciting bounce house party games your party will be sure to be the talk of the neighborhood!
1. Capture the flag – Bring the classic playground game into one of our inflatable bounce houses for extra fun! You’ll be laughing as you observe the children bouncing and trying to catch one another’s ribbons.
Split the children into two groups, giving each a respective color. You will then require a handful of streamers in these two different colors, one matching each team. Furthermore, you will need two distinct “flags”, one for each team, which they must take away from the other. If you do not have an adapted flag, then choose something entertaining to have one hand, such as a balloon or a ball.
The goal is for team members to try to grab streamers from the opposing team members and capture their flag. The winning team is the one with the most streamers from the opposing team and their flag.
2.Red light, Green Light – Maximise the fun by altering this well-known game.
Suggest that the kids can move like their chosen animal when you shout “Green light!” Allow them to think of an animal to hop like a kangaroo, trot like a pony, or jump like a frog. They can practice holding their place without collapsing when you yell “Red light!”
It is certain to be a hilarious show as they attempt to halt without toppling.
3. VolleyBalloon – A game similar to volleyball, but with a balloon instead of a ball and no net.
First, divide the kiddos into two teams and let them claim their sides. The goal is for the kids to hit the balloon over to the other team without it touching the floor of the bounce house. See how long they can keep the volleyball balloon going.
Have a volley balloon craze by increasing the number of balloons and have the children attempt to maintain all of them in the air.
4. Musical Dance Freeze – This version of Musical Chairs has been given an exciting new twist.
Children can enjoy a lively, bouncing dance party to your favorite music. Once it stops, instruct them to freeze in that current position; anyone who fails or keeps dancing will be eliminated. Repeat the process until only one kid is left standing and declare them the victor!
5.Dodge Ball with Balloons
Playing dodgeball can be a great time, but it can become chaotic if it is done inside your house. Say no to the traditional dodgeball and try playing it in our inflatable bounce house instead. Not only is it much safer and can keep the fun going, but there’s less of a chance for any items getting damaged as well and this is younger kid friendly when using balloons.
If someone is struck by the balloon, it is the same as in the original game; they must leave the bounce house area by going down the slide and the last participant inside will be declared the victor.
Make your next party more exciting with our bounce house party games. We have an abundance of inflatables to choose from, including combo bounce houses, water slides, giant dry slides, and inflatable games, meaning you are sure to find the perfect fit for what you are looking for.

How can we help you make your next event amazing?